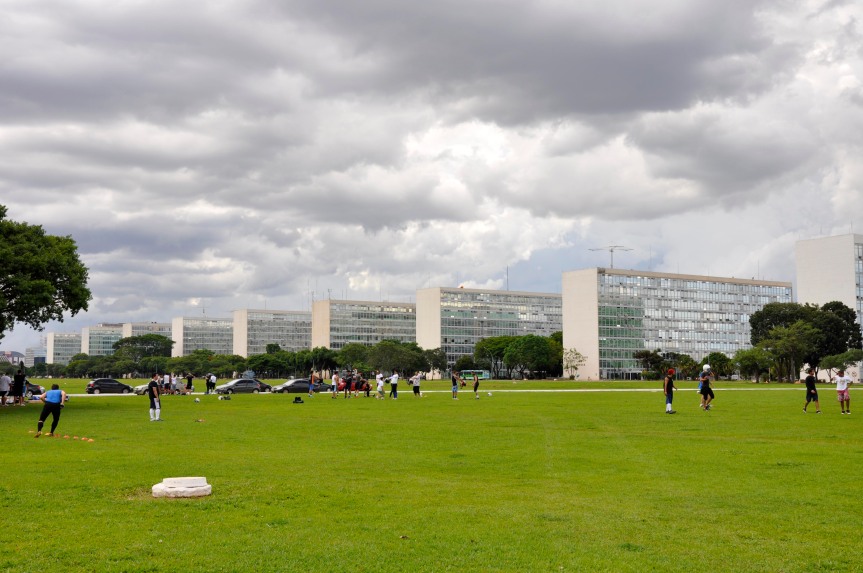 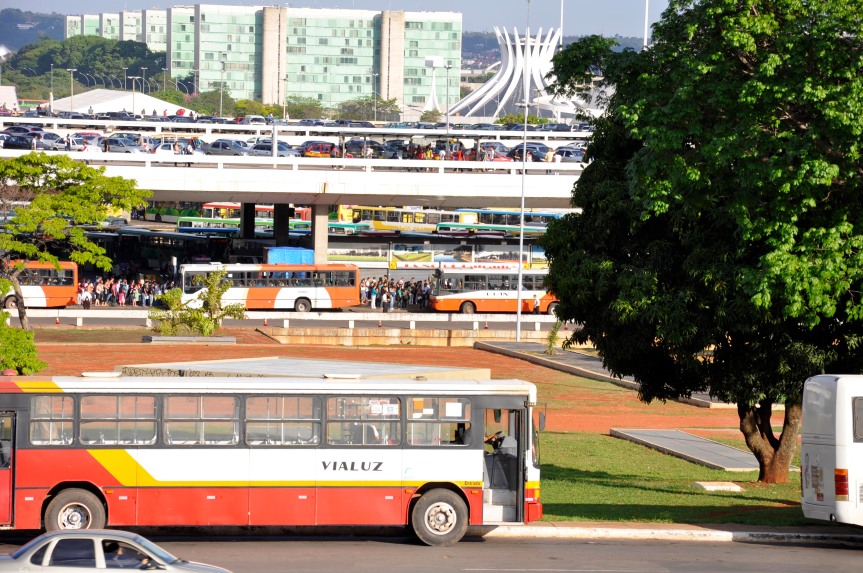 A constant phrase in my head while I visited the city was Norma Evenson’s “Chandigarh is a city of monuments, but in Brasilia, the city is a monument.” This was why it didn’t work; why Chandigarh lives and thrives while Brasilia suffers under the ever increasing weight of its newcomers.

Strangely though, as I first entered the city, my experience told me that the quote is wrong. Perhaps because I entered via the W3 commercial thoroughfare and not the Eixon Monumental, I traversed the entire length of the city from south to north with hardly the feeling I was inhabiting a monument.

The city is divided quite distinctly between the space of the monuments and the space of living…one axis for each. The monumental axis contains almost all of Brasilia’s famous buildings, stretching from the southeast tip of the center to the western edge near Lake Paranoa. There are many vantage points for viewing the white volumes marching resolutely across the landscape; from most points within the axis they look pretty good. But when you leave, and enter the residential wing, you are in another place. You might get a glimpse of the cathedral from the L2, or maybe you’ll see part of the congress from the shopping mall, but you have left the monumental zone and entered a different type of place that isn’t so much monument as it is systematic repetition.

The architecture of the residential wings followed a similar aesthetic as the monumental axis, with pure forms and an openness reflected in the presence of clear glass and ventilated space, both inside and out. What has been the biggest difference between the two areas of the city results from the sacredness of the former, and the diverse ownership of the latter.

The monumental axis is Brasilia’s image. It is powerful and memorable and huge. It also belongs to the government, which maintains a relatively uniform approach to its architecture. On the other hand, Brasilia’s residences and commercial complexes sit under a pile of complicated ownership systems that all lend their voice to building developments. This has resulted in a cacophonous mixture of architectural styles and articulations, bursting from the seams of an oppressive corset of urban regulation.

On the ground, the divisions between these two zones are quite definite. Large embankments and open empty fields separate the borders. But when you look on to the city from afar, that powerful image simply melts into the sea of a writhing urban metropolis. 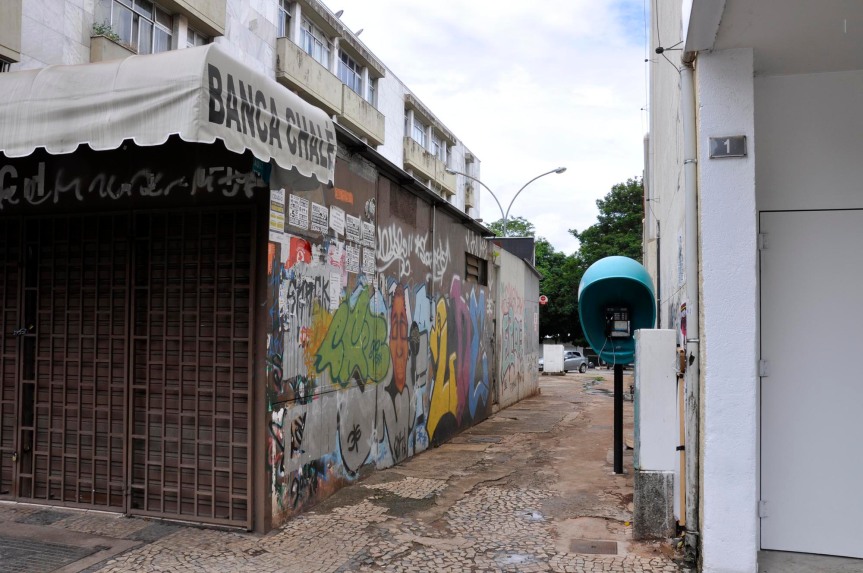 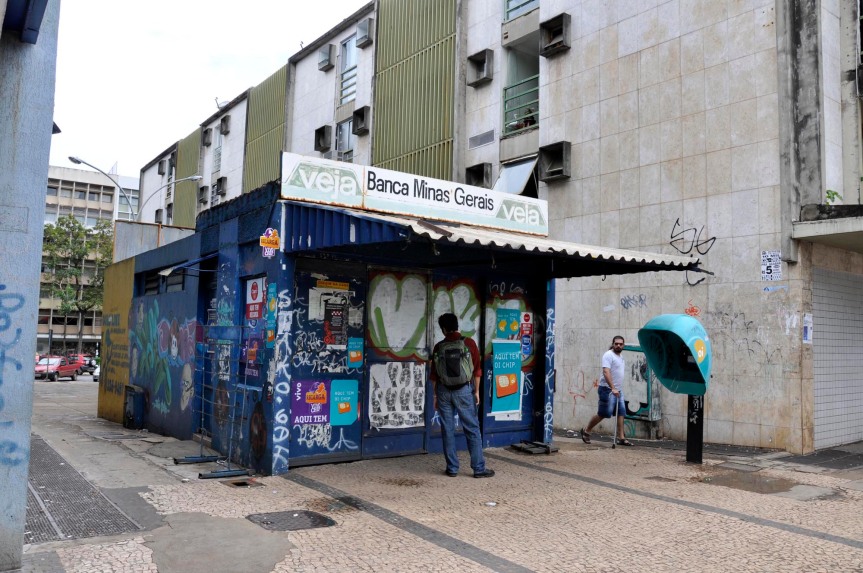 One thought on “monuments melt into city”