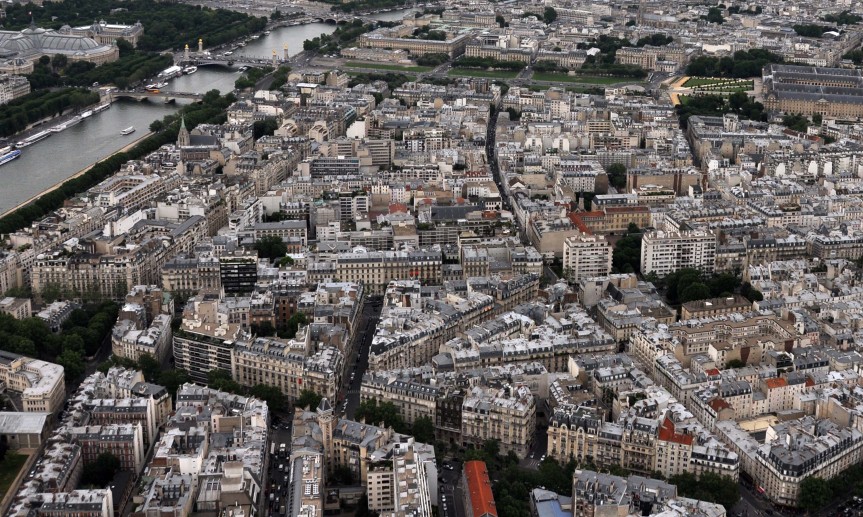 In my entries on France I have been discussing the sluggish and often restricted developments of some of the country’s modern projects, known in French as cité. I want to step back now and put these developments (which culminated in the Grand Ensemble) into the context of twentieth century France. To do so I am using the example of Sarcelles, a Parisian satellite, and its position in response to Haussman’s Paris.

Haussman began the production of modern housing in Paris already in the 19th century. His plan for Paris is well known for the boulevards that cut through the medieval city, but he also standardized construction, making it affordable to rapidly build new housing (this is why the houses of the wealthy are explicitly stylistically different—it highlights them as custom made). But the modernized construction process still upheld a class-based hierarchy, one that the modernists behind the Grand Ensemble of the mid 20th century wanted to destroy. 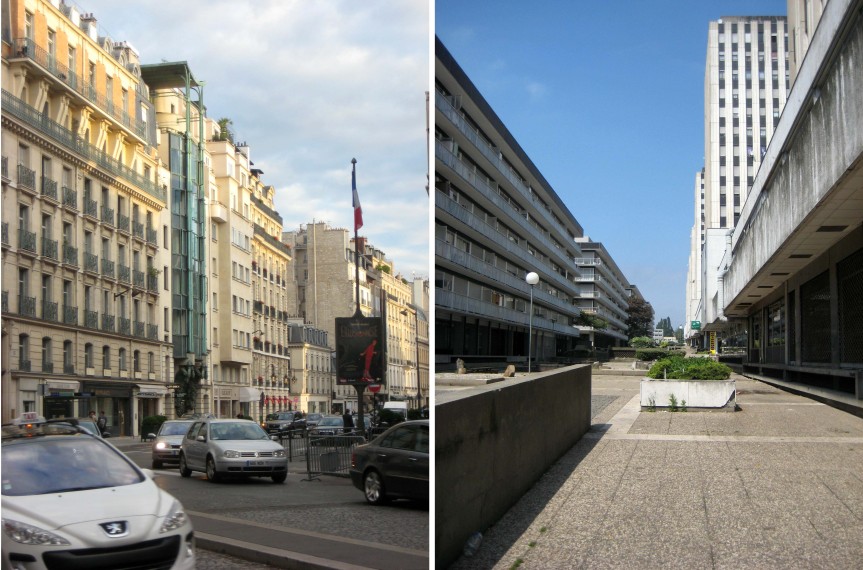 The social hierarchy was embedded in the built form, organized by the section of the building. Basically, the first floor of the building is for the most important people, and the further up in the section you lived (no elevators), the lower your status. In a typical commercial district, the ground floor housed shops, while the shopkeeper, or perhaps the doorkeeper, lived in a mezzanine level squished between the shop and the first floor, where the nobility lived. Here the highest ceilings are located, visible through tall windows on the street that open onto generous balconies. Above the noble floor are two or three “apartment similar,” for regular people. The top one may have a smaller balcony, making it more prestigious than the other “similars” but not as nice as the noble. Finally, in the attic, lived the maid. The coldest and longest trek, this space was the lowest on the social ladder.

The response: all floors made the same. Identical apartments, regardless of their position in the building, were a key component in the high rise slab buildings. The creation of the elevator should have further equalized the spaces, because the walk to the top was no longer an ordeal. 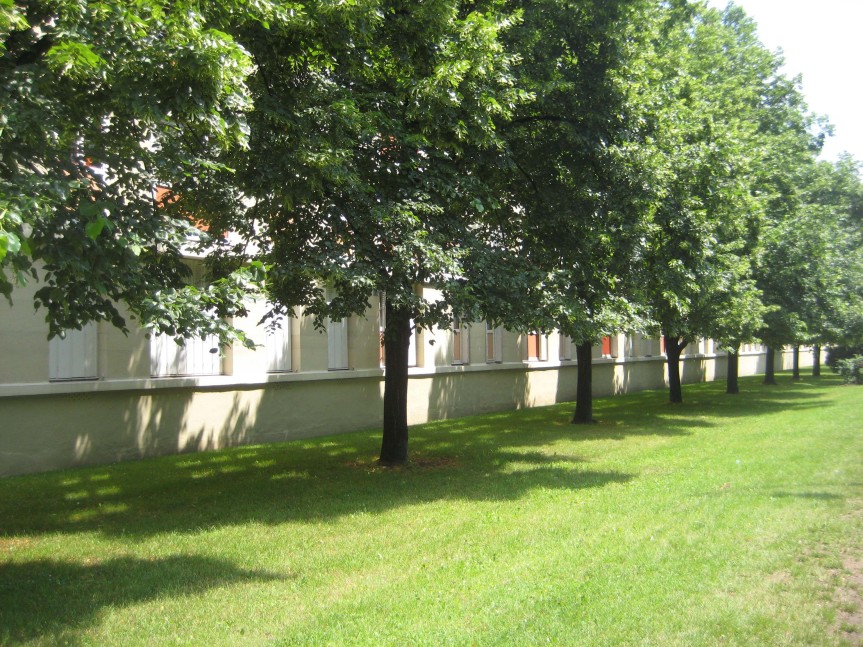 Building organization in Haussman’s and earlier was based on courtyards. The perimeter on the street was built, while the building protectively wrapped the private green space within.

The new modernist planned projects inverted this relationship. It provided ample light and air to all residents (a problem of the medieval city), but it also eliminated private open space, placing buildings individually in a fluid ground plane that was intended for everyone.

When seen as response to the particular evils of Haussman’s Paris, these buildings that now are known for drab monotony make more sense. Certainly some of the problems and the differences could not be accounted for in advance, but following where they came from places them much more into the history of the place, rather than in opposition to it. Now that the situation has shifted, and the towers are the existing condition against which both residents and city officials are reacting, a new approach is necessary.

Nicknamed the American City, a consequence of the city’s streets lined with midcentury towers, Sarcelles is an isolated island at Paris’ fringe. It was built in the 1950s and its inhabitants are mostly immigrants and occupy the lower economic brackets of French society. 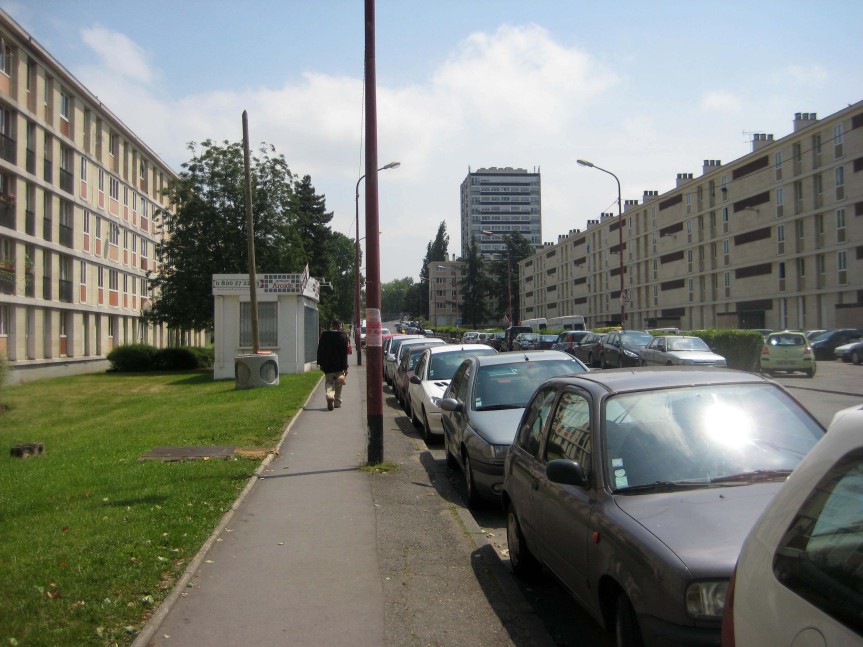 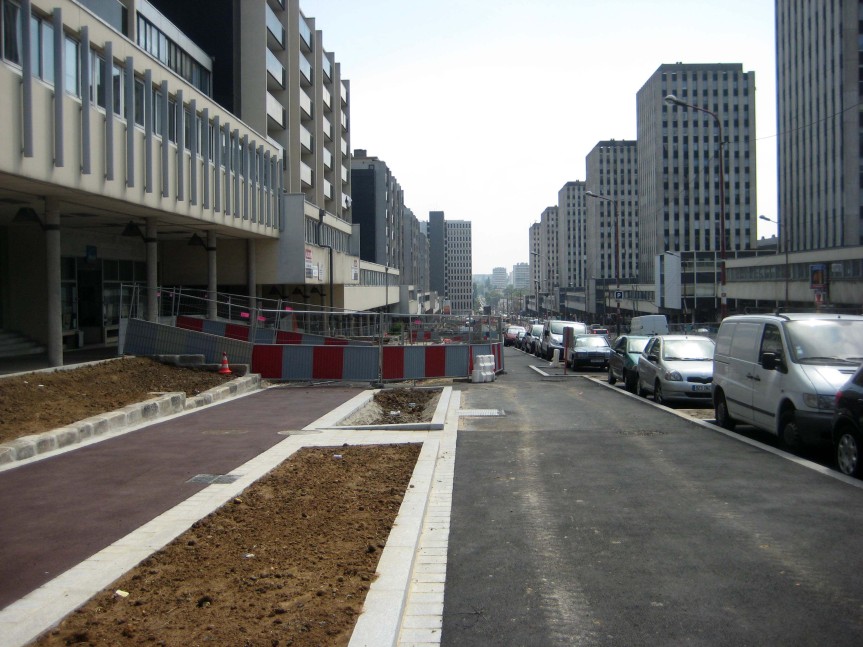 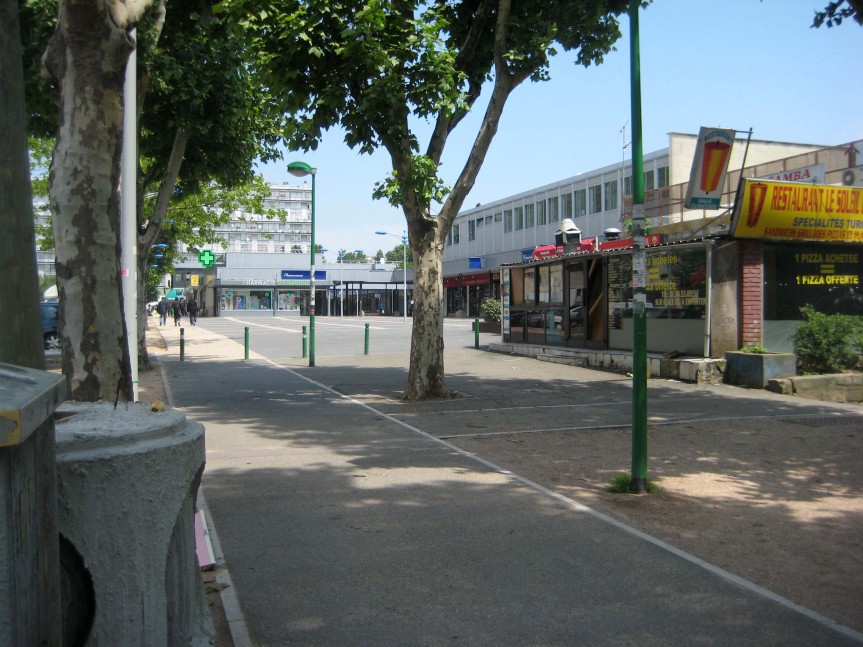 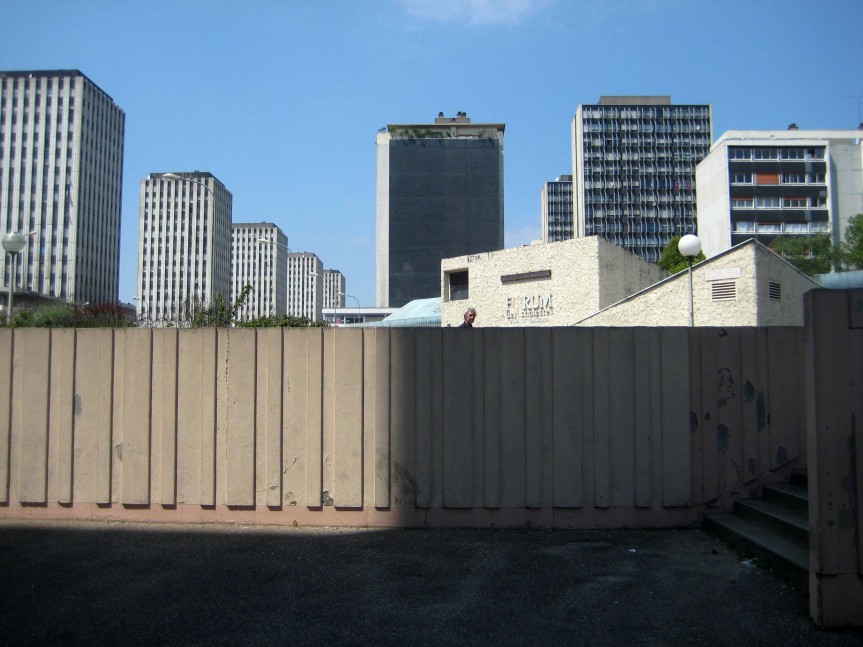 Nicknamed the American City, a consequence of the city’s streets lined with midcentury towers, Sarcelles is an isolated island at Paris’ fringe. It was built in the 1950s and its inhabitants are mostly immigrants who occupy the lower economic brackets of French society.

Sarcelles deals with many of the problems that Toulouse Le Mirail grapples, but in this city there seems to be more happening to improve the condition, perhaps because of its proximity to Paris and the increasing property values in the suburbs as Paris continues to sprawl. The major project happening right now is a renovation of the western portion of Sarcelles’ main boulevard. Previously designed as a thoroughfare that sharply divided the heart of the commercial district, the city is now narrowing the street and creating parking along the edges, as well as designating more space for pedestrian movement among planted trees. It is a method often seen around the US as cities work to revitalize their centers.

There were few inhabitants’ interventions, and the small commercial additions located off the main drag were boarded up, no longer in use. The most active area in the town was at the train station, where there is a thriving market. Like most of the residents of Sarcelles, I took the train to get there. Because I had read about the city’s problems and its attempts to revitalize, I was surprised to arrive in the middle of such activity. The market begins at the exit of the station, and extends west for about half a kilometer, parallel to Sarcelles’ main commercial drag. The street it occupies is a residential one that weaves between apartment slabs. I followed the market into the city and had to cut through a green space to get to the main commercial street. On the way back I tried to follow the commercial street over to the train stations. I walked through a fairly scary parking lot accessed by a well hidden and steep ramp sans sidewalk.

This seems like an opportunity. In a city whose residents primarily use the train, and who already have established a new (and successful) commercial area, rather than rework the old auto/pedestrian area (far away from the train station), it would make sense to strengthen the connections between the market and the commercial district, and to connect both to the train station. The residents of Sarcelles have been its regeneration; the city could simply build from their initiative.