In the islands of pedestrian decks also float a few commercial habitats. Clustered around metro stations, they already have an elevation change on their side. I looked at two of these clusters in Le Mirail and Bellefontaine. Reynerie’s metro stop opens into an enormous expanse of concrete. 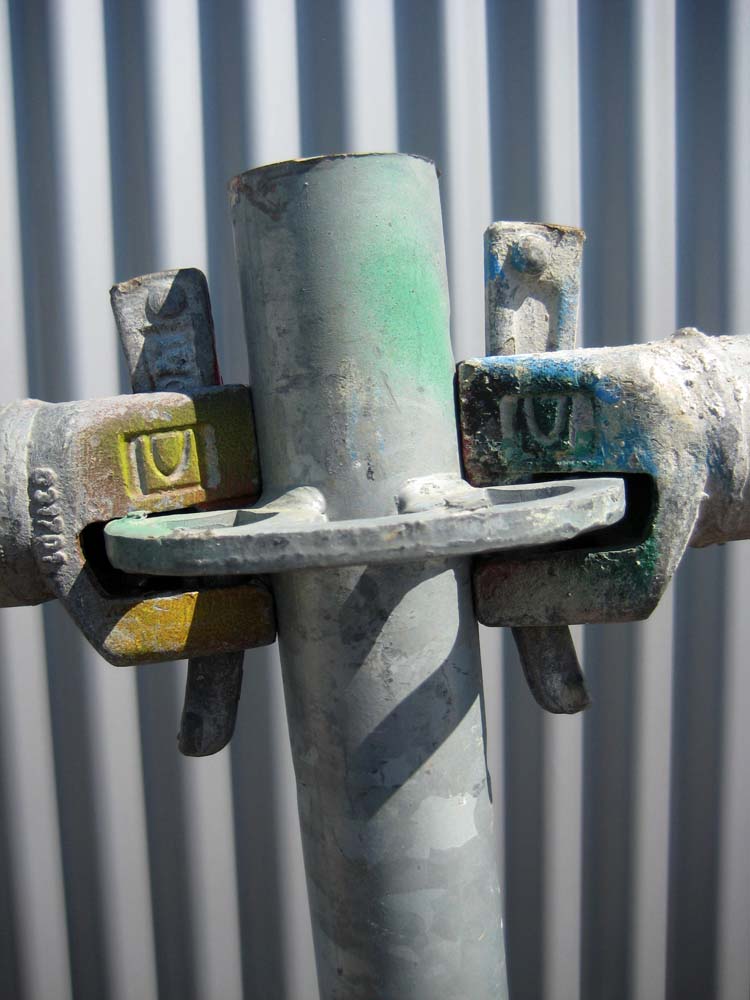 Bellefontaine’s deck consists only of a day care center with a bridge over the road to the metro tower, and a temporary ramp down the backside of a grocery store. The ramp itself is fascinating. Comprised of a series of octagonal plates clamped in place, there is beauty in the quickly constructed joints whose intricate appearance stands out amidst a backdrop of prefab concrete slabs. The remainder of Bellefontaine’s shopping area was torn down and replaced, for what city described as safety reasons.

the surface of le mirail: 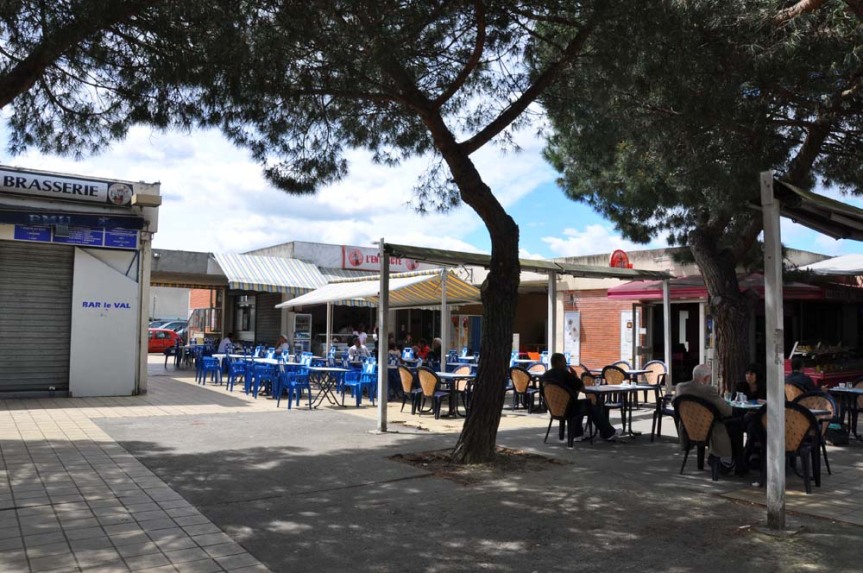 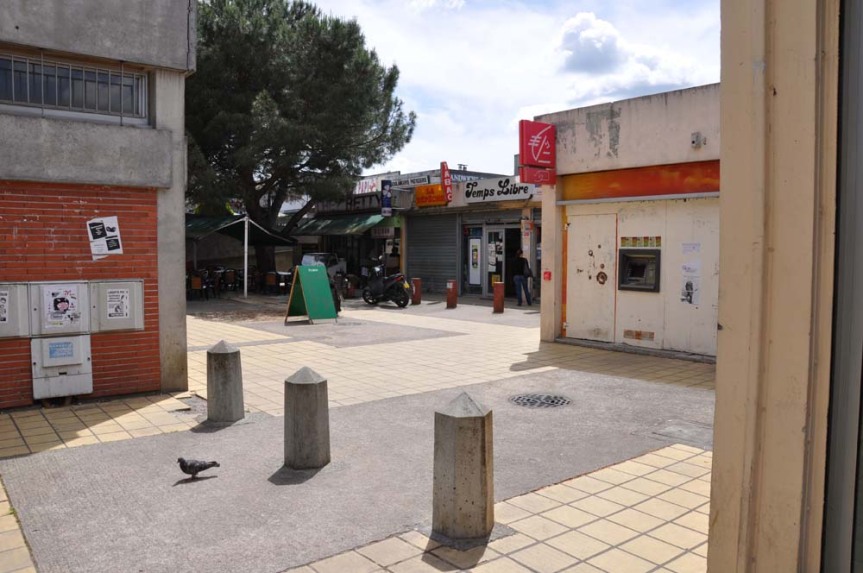 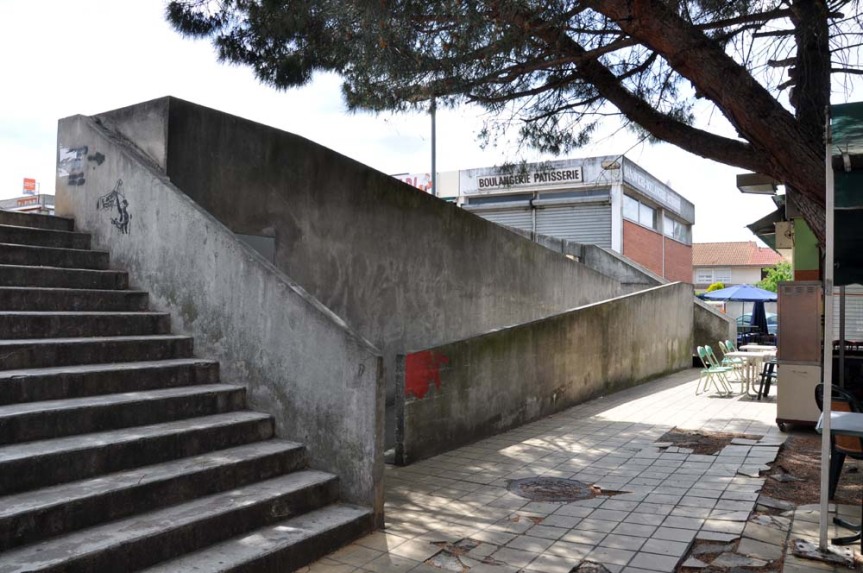 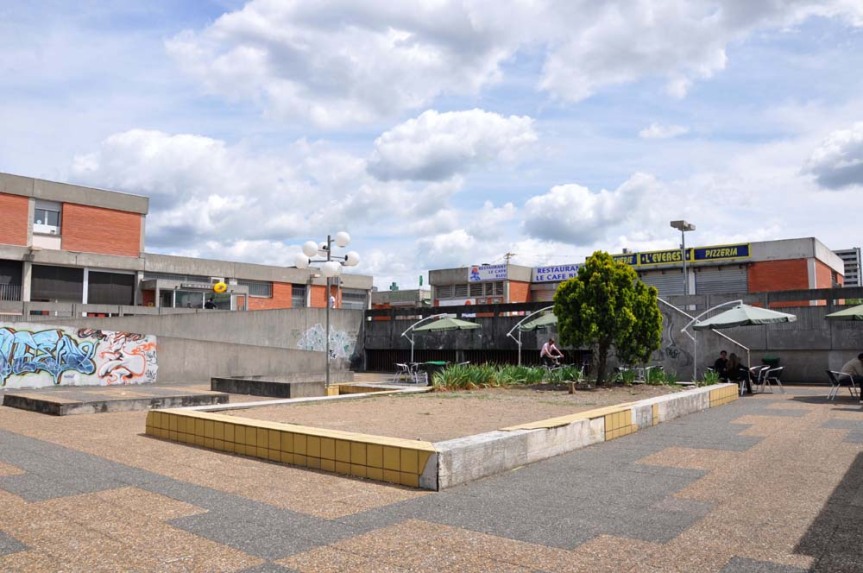 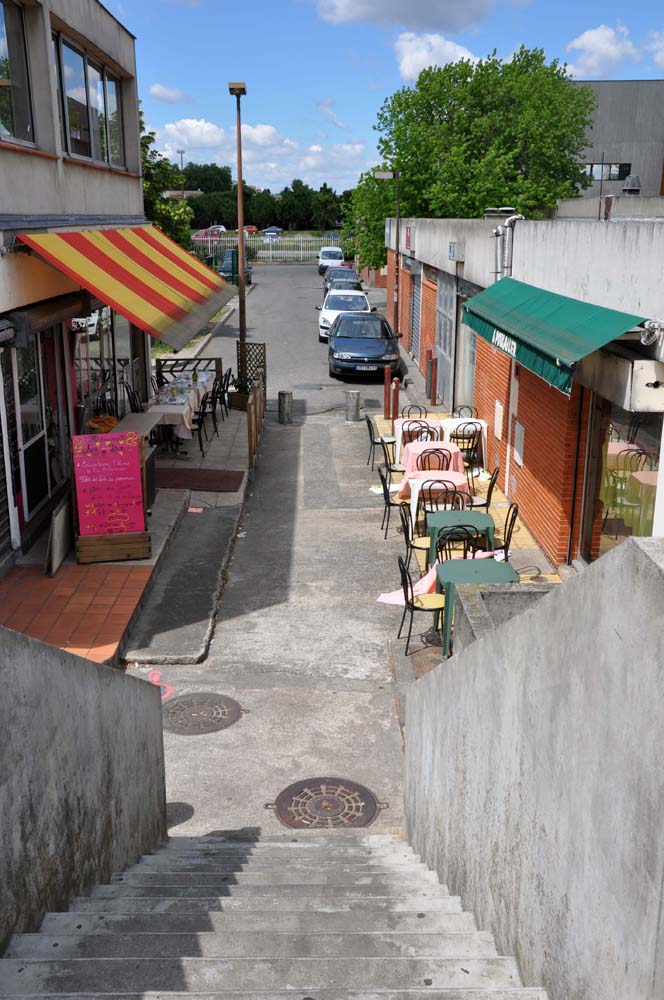 More complete and more vibrant is the commercial island at le Mirail metro stop. The pedestrian moves slowly up through this maze, beginning first in shaded seating under trees at the ground level, then rising through ramps to the next terrace and the last, at each point walking on the roof of shops whose facades had vied for attention one level before. Without realizing, the pedestrian crosses over a bridge that brings her not to another deck, but to a hill in a park that meanders back to the ground one block south, in Reynerie. 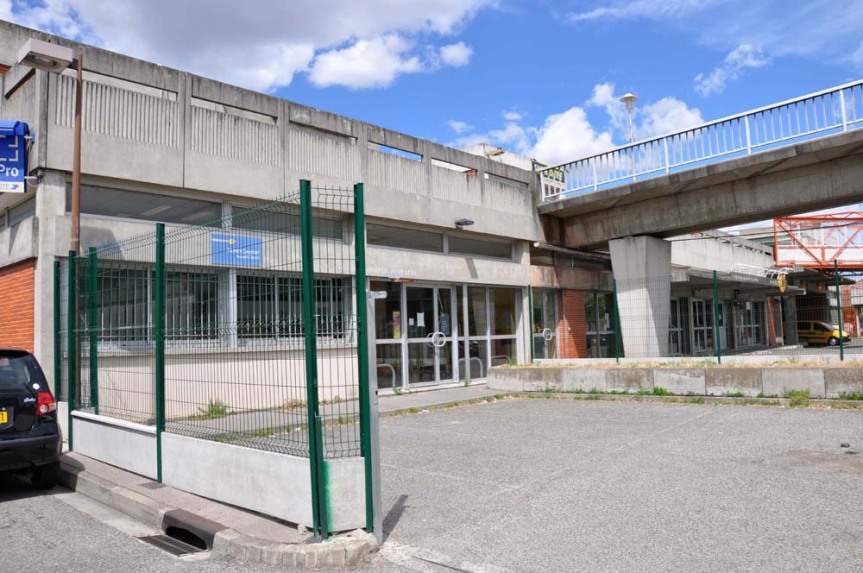 The surface of this commerce island is pleasant & active, drawing a passerby through almost unintentionally. But the spell breaks the minute the observer steps down a staircase and confronts the wall of the compound, or a chain link fence. Below lurks the post office storage and logistical division, carefully cut off from visitors. So while the design easily creates an activated public surface in the air, it does so by sacrificing the ground. In this case, I believe it was intentional: the carefully articulated elevated surface honed the pedestrian atmosphere while the ground organized logistical systems, whether it was mail trucks, garbage collectors or personal automobiles. The original drawings show a clear distinction between logistical space and inhabitable space.

Again, I feel the point that is missing is the transfer. People using mail trucks, going to their cars, will walk outside the designated public zone. So will those who need it as a short cut—provided it is safe. For that inevitable but maybe unintended use, these buildings need a better sense of “back”—one as considered as the front. 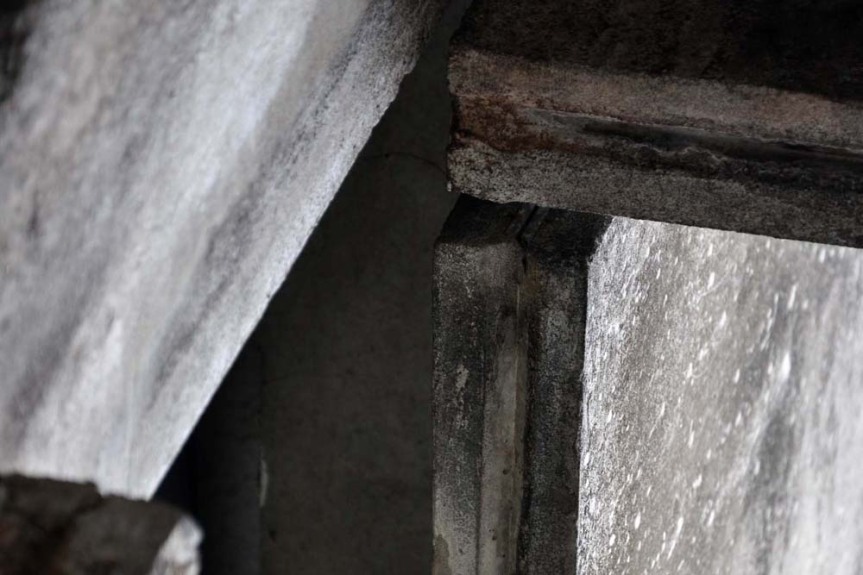 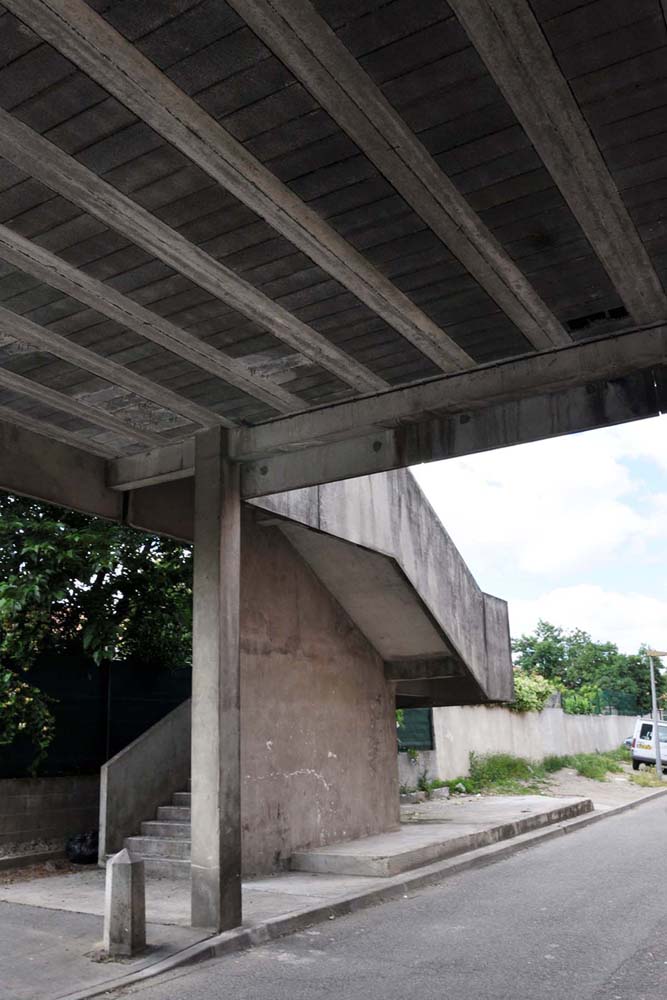 One boon from taking the side stairs: I got to see through the brick and concrete faced structure into the real building skeleton (which, admittedly, was more concrete). The façade which seemed carefully composed of structurally efficient prefab concrete beams, is actually only 2 inch cladding filled with half inch brick cladding. The structure is, unsurprisingly, a simple reinforced concrete frame.