I had to reroute my Eritrean airplane ticket to Ethiopia at the last minute, when after visiting Eritrean embassies in every country I entered (I am now on a first name basis with the visa issuing officers in both the US and India), I finally came to the realization that they just might not give me a visa in time to visit the country.

So I decided to take a small detour to see what I could find in Ethiopia. Though it was never fully colonized, Italy occupied the country in an attempt to expand their territory between Somaliland and Eritrea.

Italians did not create the same urban presence in Addis Ababa as they did in Asmara, so I did not get to see an example of a modern Italian colony.  However, many cities around the country were planned at least at the infrastructural level in the mid twentieth century. Because time was short and transportation in Ethiopia slow (bus journeys are often measured in days or half days instead of hours) I was only able to go to one of these cities outside Addis Ababa: Bahir Dar.

Bahir Dar was first planned in the 1940s, but its masterplan was created in 1956. Today it is considered to be one of the best developed cities in Ethiopia. While I was there they were preparing for the elections, and the UN had sent numerous delegates to observe and aid the process. It provided extra employment for locals, whose English skills developed for tourism allowed them to act as translators.

The large buildings of Bahir Dar are built with the typical concrete frame and brick infill wall, but in the smaller structures that either cling to these hulks or cluster at the periphery of the town, I observed an extremely interesting, simple construction typology that makes up the majority of the architecture in the country. 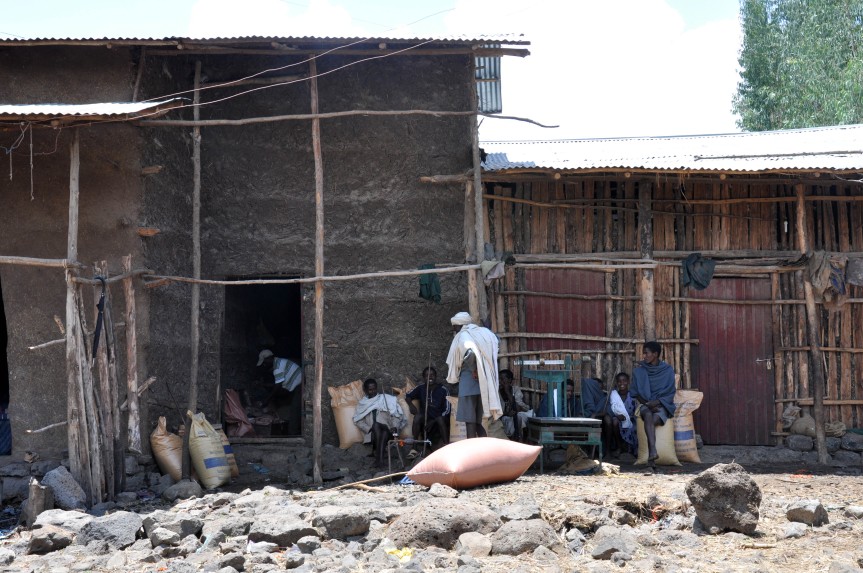 Eucalyptus was introduced to Ethiopia in the 1890s, and now has become integral to the construction practices in the country. Because it is a fast growing wood, it can be used as a quickly replenish-able building material. In rural settings, owners will grow eucalyptus hedges around there house for wind protection and shade, while using felled trunks as the main structure for their single story homes.

Typically a 3’ by 3’ gridded frame is first built, which outlines the main structure. Sometimes a front or side porch is also delineated. Then the walls are filled in with eucalyptus trunks that are tied in place. Finally, dung mixed with grass fibers is applied to the eucalyptus, to create a smooth surface. Further layers of dung are added as needed. The roof, originally of grass but now often of galvanized iron sheets, can be constructed as soon as the frame is finished.

The beauty of the system is that at any point in construction, it provides adequate shelter. Layers of dung can be added each year, since families will have a steady supply, if they own a cow or buffalo. The structure is based on the capabilities of the eucalyptus, using many small timbers, rather than relying on the span of a few.  The structure is also simple and flexible, which allows owners to create many variations. 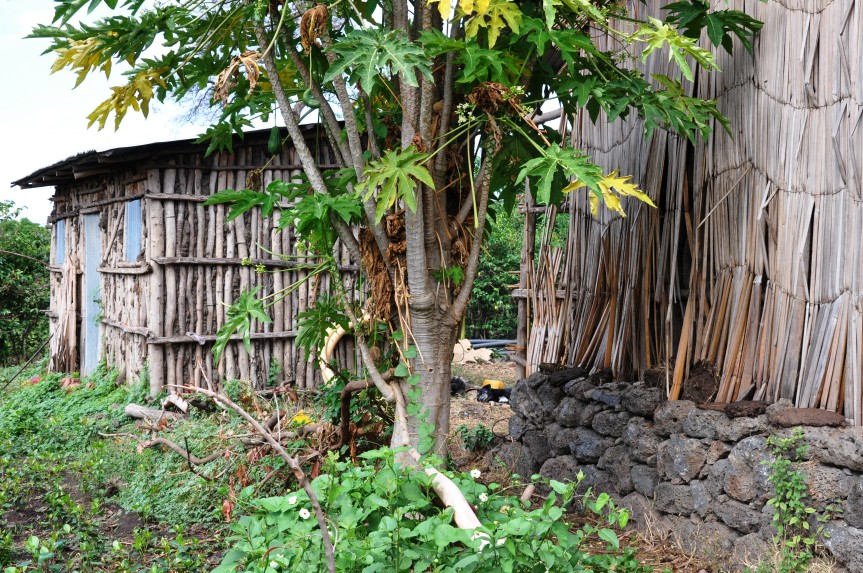 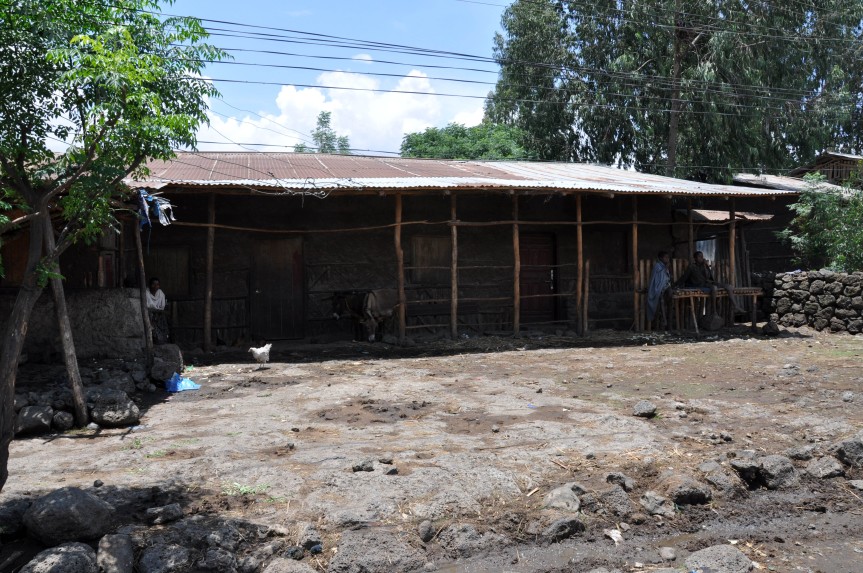 But the introduction of the eucalyptus species has created a major change in the landscape. 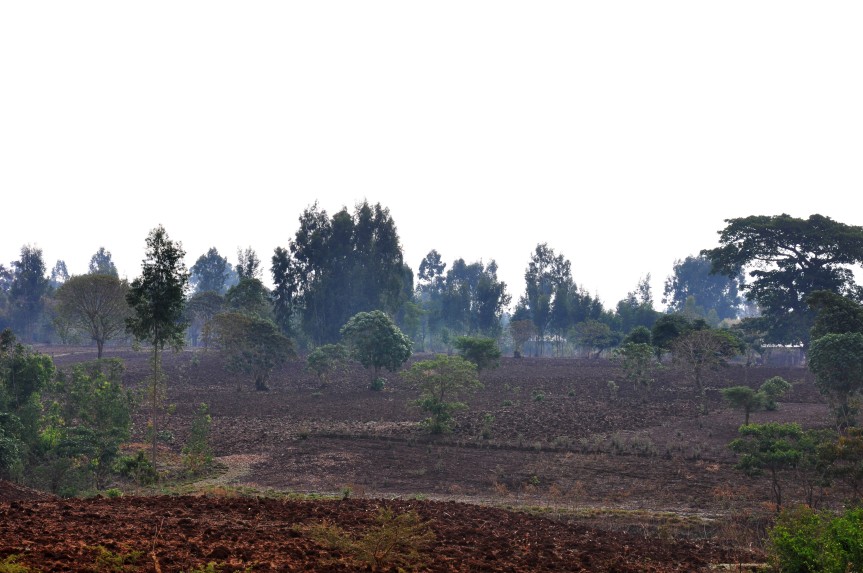 One thought on “ethiopian adaptation”